Due to expansion, 15 VOIP calls are now running over the link, but after the 14th call was

established, all calls were affected and the voice quality was dramatically degraded.

Assuming that there is enough bandwidth on the link for all of this traffic, which part of the QoS

configuration should be updated due to the new traffic profile?

A. Increase the shaping rate for the priority queue. B.

Remove the policer applied on the priority queue. C.

Remove the shaper applied on the priority queue. D.

Increase the policing rate for the priority queue. 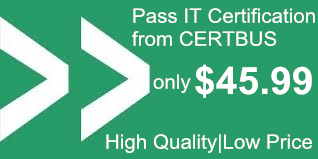 In 802.1s, how is the VLAN to instance mapping represented in the BPDU?

A. The VLAN to instance mapping is a normal 16-byte field in the MST BPDU.

B. The VLAN to instance mapping is a normal 12-byte field in the MST BPDU.

C. The VLAN to instance mapping is a 16-byte MD5 signature field in the MST BPDU.

D. The VLAN to instance mapping is a 12-byte MD5 signature field in the MST BPDU.

3. A 4096-element table that associates each of the potential 4096 VLANs supported on the

chassis to a given instance.

In order to be part of a common MST region, a group of switches must share the same

It is up to the network administrator to properly propagate the configuration throughout the region.

Currently, this step is only possible by the means of the command line interface (CLI) or through

Management Protocol (SNMP). Other methods can be envisioned, as the IEEE specification does

not explicitly mention how to accomplish that step.

Note: If for any reason two switches differ on one or more configuration attribute, the switches are

part of different regions. For more information refer to the Region Boundary section of this

In order to ensure consistent VLAN-to-instance mapping, it is necessary for the protocol to be able

because the switches only need to know whether they are in the same region as a neighbor.

Therefore, only a digest of the VLANs-toinstance mapping table is sent, along with the revision

number and the name. Once a switch receives a BPDU, the switch extracts the digest (a

function) and compares this digest with its own computed digest. If the digests differ, the port on

which the BPDU was received is at the boundary of a region.

In generic terms, a port is at the boundary of a region if the designated bridge on its segment is in

a different region or if it receives legacy 802.1d BPDUs. In this diagram, the port on B1 is at the

boundary of region A, whereas the ports on B2 and B3 are internal to region B:

According to the IEEE 802.1s specification, an MST bridge must be able to handle at least these

The terminology continues to evolve, as 802.1s is actually in a pre-standard phase. It is likely

these names will change in the final release of 802.1s. The Cisco implementation supports 16

VTP configuration as shown below